Living with a demi according to Lims

Living with a demi according to Lims

So I notice there's a lot of people out there that don't understand demisexuality or demisexuals very much at all. I've heard stories of people who considered it, only to learn it's nothing like them at all. I've also noticed a lot of hate from people on tumblr which I think is terrible. So I guess I'm going to talk from a personal stand point here, bearing in mind I still don't personally know any other demisexuals.

I identify myself as a demisexual, this isn't a personal choice, I am not trying to force a minority group for attention specifically to be a "special snowflake" Demisexuality is a real thing and I feel I speak for a lot of people when I say we should be aloud to love the way that comes naturally to us, not how each individual expects us to love. That goes for all sexualities, genders, races, everybody.

Being a demisexual has been difficult for me at times. It still is if I'm totally honest, I find myself feeling lonely while others around me are getting into relationships and nobody is so much as sticking out as an option. I find myself feeling out of place when friends find others attractive and are all "Wouldn't you love to hit that?" I'm not sure if it's just me, but personally I feel like this puts me down a lot, especially when there's so much pressure to "fit in" with modern society. However I have found certain loopholes to finding a person attractive, for instance, the less I know about a person the easier I find it. It means that I have much more room for imagination, essentially I can sit and fantasize about all manner of dates or romantic things with a total stranger and build an attraction that way, though they usually crumble pretty quickly.

It's worth noting that we're not going to develop sexual attraction for everybody we connect with emotionally, platonic relationships still exist, I find my spurts of finding someone attractive to be far apart, I can go months without anyone catching my eye and spend as little as a day finding them attractive. At the same time it's not impossible to be with someone we don't find ourselves attracted to. During my last relationships things moved a bit too fast and I ended up being used for my body. I was finding myself looking forward to sex less and less, my one desire was to please her and that was as far as that went. I didn't miss the sex after I broke up with her either.

Our sexuality is just a personal viewpoint. It's how we see things sexually, it doesn't make us any different as people. As much as some of the people on tumblr and possibly on other websites might blow it up, make a big deal out of it and exploit our differences, we are all alike in so many ways. Everybody is unique and none of you reading this should ever feel alienated. We are all equally unique.

This is all I can think of to post this time, please don't be afraid to voice your opinions here, anything I got wrong or maybe forgot, please don't hesitate to respond

I can relate about the "kind of abusive" relationship you talk about.. It happened two times for me and I didn't miss anything of it when I ended it. It was only feeling wrong..

Well about your post, I dunno what to say, it looks like something you could say to non-demi people, and it seems good. But I don't think it worth it to try to express yourself on the internet.. It'll speak to people already ok with it, even if they don't know anything about it, yeah you'll "instruct" them and all but the ones who're agressive and insulting and just.. dumb... them you won't change only with an article on a social virtual network.. :/

I just don't get it : why people can be insulting when hearing about demisexuality ? o_O It's not like LGBT issues, (which can be said "against nature" and all those bs) it's not even like saying we're anti-sex or what, it's just saying "we have to love before we wanna fuck", .... well, you get my point lol. I don't see how it can be perceived as an agression, a fear-inducing thing ... o_O

ps : wow I'm sure my english is preeeetty awful in this post, more than usual I mean lol, I'm sorry if I'm not clear.

Don't worry your English is perfectly fine, I understand

I'm not trying to appeal to the aggressive ones friend, the idea is to try and describe my personal experience and how I feel is best to cope, I guess this goes out to people questioning their sexuality, are demisexual or are just curious about it

I think the main source of the hate isn't because of what we are, but what they want us to be. A lot of people seem to be under the impression that LGBT covers just about everything and any other sexuality is just out to jump in on the party and get attention. I have no problems with them using the term "special snowflake" because hey, we're all individual and it's not such a bad thing but when they use it in such a bitter tone and start bringing insults on top is where I think the problem thickens. I mean it's already at a point where apparently "Demiphobia" is a thing and I think that's a major issue. Perhaps some kind of movement to become a little more well known and accepted is necessary, I just wouldn't know where to start you know?

Yeah I see. Well, I don't know any other demi IRL (in fact I'm sure I know some, but either they don't know the word for it or just we don't tackle the topic) and I didn't experienced / see any dephobia situations so I can't say, but if you think it can help, your text is quite good.

But sometimes I don't really see the point of talking about it. I mean, it's not bringing attention on oneself to say "well I'm sorry I can't be aroused/sexually interested by the first good-looking person I see, that's how I work, I can't help it, and frankly I'm ok with it". Bringing the subject without any reason can seem (to others) like "wanting to get attention), you know what I mean ?
It doesn't mean we have to hide, or to shut up about how things work for us, but well, it's not that vital to bring up the subject, is it ? I'm not sure bringing it like "a new" sexual orientation is going to do us any good, you know. Bringing softly the idea of expressing sexuality by differencing romantic orientation and sexual orientation is a beginning I think, with all the subtilities of it (homo/hetero/pan/bi/a/poly/etc-romantic/sexual) is kinda interesting...
But you know, last week I said to a colleague I wasn't gay, but pansexual, and she replied "ha, you like both." .... I said "well, I like anyone without considering his gender, or what people have between their legs" but she was stuck with the "bi" thing. "You like both males and female, that's it." .... It's already this hard (here at least) to make people understand what's bi and what's pan.... so well.. other ways of functionning.... ? fiou... (beside the fact it's not their business lol).
Two years ago, when I said to an other colleague (because I wanted him to stop bullying me) I was bi (I knew he wouldn't understand pan), he replied "oh, you don't know what you want then. But what did you try ? what do you like ? Pussy or cocks ?!" (yeah.. he was particularly smart...............-_-). Even that he couldn't understand..

I honestly have to agree with halfling about keeping it simple if and when the topic comes up. I've been so very blessed with one single friend who is just as open-minded about sexual and romantic orientation (we even had a great feel-goody conversation recently about different types of platonic relationships and why they are just as important as any other romantic or sexual relationship). It made me feel exceptionally comfortable to come out to her as a Demi, and explain my personal experiences with being Demi.

However, when I came out to my mother, I told her I was ace instead. While she's more than supportive and understanding, telling her I was ace was just simpler and gave her the same general idea that - as stated above - I don't "get aroused at every attractive person I meet". It saved me a lot of explaining even in my own lingering confusion about being Demi.

But that said (not actively bringing it up to every friend and only telling half truths), it also doesn't help us as a minority group to get recognition and acceptance. Lord knows how uncomfortable it was on Aven for me before I found out about DG.

Even while Aven strives to accept and embrace everyone, I personally felt like I was trespassing on ace-turf. Don't get me wrong - just about everyone there is absolutely wonderful and polite! But I still just couldn't feel at home there... 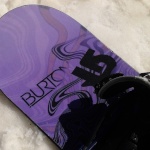 Thing is that demisexuality is a part of the ace spectrum, granted it's leaning more away from ace but it still belongs

But hey I understand where you're coming from with your points here...I usually tell people I'm straight and leave it at that...but still there's a lot of ignorance around and it'd be nice if people were just a little more accepting of us or even just knew enough to put together a fair argument rather than just pointing fingers and giving labels like "attention seeker" or telling us we don't exist, though I will say I've seen a lot less of that lately