Thinking of shuffling the subforum structure, looking for member feedback.

Thinking of shuffling the subforum structure, looking for member feedback.

As it stands, our subfora here are arranged something like-

1. living with (people to whom this forum is tailored)
2. grey ace stuff
3. demisexual stuff
4. semisexual, aces, gsm, and allies stuff, because they're people, too
5. things we see as problems, between us and aces and the rest of gsm

Considering demi- and semi- get a bit switched around in language by people who are still discovering and fiddling with the notions of them, and considering ____romantic is every bit as valid and important as ____sexual, in both the attractions (ranging from a___ through grey and demi___ to veri___/pan/omni___) and the drives/libidos/desires (ranging from non/hypo____ through semi___ to iso___ up to hyper____).
The libidinist view of asexuality (which I re-term as nonsexuality, for the sake of linguistic differentiation) is still one held by many folk, and many determine their "halfway-ness between not sexual and sexual" based on the intensity of their drive, instead of if they are attracted and how much.
I don't see a necessity to represent nonsexuals/nonromantics, because AVEN does actually cater to them to a high degree without trying, and most identify nonsexuality as "not only am I asexual in attraction, but I don't FEEL like sexy stuff, either!"
However... it doesn't really cater well at all to people who are less-libidinistic and/or less-romantic, or on a more defined and carefully-qualified in-between point like semi____.
Since there is a kind of analog relationship between demi/semi and grey/hypo... I'm rather wanting to expand the forum's basic demographic to be inclusive of these other minorities-of-minorities. I just don't want to do it without some member feedback, since my current members are more valuable to me than vaguely potential future members.

What do members feel about it if I reshuffle it this way:

Basically, this would be smooshing things with a common prefix together, while still differentiating between demi and grey &c.
Alternatively,

In this case, we are matching up the "related by type of attraction/drive" categories, going from suffix instead of prefix.
There would be no reason I couldn't make in-subforum sub-boards for each of them, so that one could get to a "demisexuals stuff only" space with just one click on the forum's front page (nested sub-boards are listed as links under subforum headers).

I'm reluctant to lump demiromantics with demisexuals, since the majority of demisexuals I know identify as firmly on the romantic end of things... but I do believe strongly in the validity of the demiromantic, semisexual, semiromantic (&c) identities/orientations, and if by making a specialized spot for their discussions and issues I rescue minorities-of-minorities from a kind of definition-and-community-oblivion... then I think it's a good thing.

Hmn. At the moment, this is the only thread in the demisexual subforum. Nobody has leapt on the demisexual-specific space, sooo... if I were going to leap to make changes, now would be good, since there would be fewer threads to re-find. I'd rather fix this before it gets declared broken by somebody whose need isn't being met by our board, who deserved to have it met. Additionally, this board is possibly going to end up being a bit of a pioneer in refining terminology for things like demiromantic, and I'd rather have the framework for it in existence before somebody starts to treat us as a reliable resource for info. XD

Ohhhkay, much self-convincing has just occurred. Know what that means, anybody-who-stayed-to-read-this-part?
It means it's up to you to change my mind, if you think this shuffling is a bad idea. It takes me *snap* about that long to restore the setup to a given arrangement, as long as I have a quality web connection, so if I get enough feedback to indicate this is a bad idea, it's no skin off my back to restore the current setting.

I like grouping folks with the same prefix, not the same stem (ie, grey-asexuals and grey-romantics, not grey-asexuals and demisexuals). It's too easy for one kind of prefix to dominate the other, elsewise. (I feel like I've seen a grey-and-demi space that became almost wholly demi...but I can't for the life of me remember where that would be.)
Of course, I can also see grouping romantic stuff together, else it might be hard to find what forum one fits in...maybe that does make more sense, but I definitely dislike grey-a and demisexuals being the same board. I personally don't find them super similar. *shrug*

Other note: I dislike placing the "living with" forum at the top, because that feels like we're giving the number one position to significant others/family/friends, rather than to, y'know, the people this safe space is primarily geared towards. Great to have such a board, but not the main function of this place. That whole thing where privileged/normative groups pretty much have their own spaces already, but we don't have ours.
Sooo, I would put "living with" after all the specific identities and just before the "rest of the stuff."

I fully support the expansion of categories.

I think too many forums would overburden us personally. But I think that putting the hypo and semi people together would be a good idea partly because...well, if I'm right about what a semi is then it's basically just the same thing. 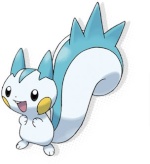 I'm also nervous about overburdening us with too many forums (it was one of my first concerns and I still feel like I'd be posting more if there weren't so darned many categories already).

I do prefer group-by-prefix given the two options, though. 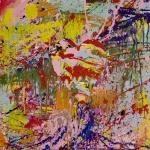 well, if I'm right about what a semi is then it's basically just the same thing.

Hypo- is the drive equivalent of grey-, for both sexual libido and romantic drive. It's a range that is easiest described as "experiences less drive than the average person, by their own definition" and "unlike nonsexual, still is sometimes able to experience drive".

Semi- is the drive equivalent of demi-, for both sexual libido and romantic drive. It's a case of experiencing the secondary drives, but not the primary drives, and therefore being on an analog "halfway point" between isosexual (the range of average libidos) and nonsexual (totally lacking drives).

Secondary drive/desire = wanting to have sexual activity or romantic relationship for reasons other than pleasure, such as making/raising children, the social benefits of having a relationship, financial reward from it, or the other person's pleasure as independent from your own

In short, a semisexual might for instance really enjoy seeing other people get their jollies, but doesn't personally get anything out of it, and may or may not participate in sexual activity just for others' gratification...

...and a semiromantic might for instance really want help raising a child, or keeping emotional company to somebody who can't stand to be alone, but they probably do not feel personally as 'bound and needful' of the relationship as their partner.

On the other hand, a hyporomantic simply experiences either or both types of romantic drive more weakly than an isoromantic, and the category hyporomantic includes semiromantics.

Right, based on feedback, here's my intended new layout:

Edits to structure are in place.
I'm going to be away from web access (and the ability to further shuffle things) until Sunday night, so you all will have about a day and half to decide if the current setup is appropriate, "small enough" to avoid being totally overwhelming, aesthetically decent, and/or desperately needing to be changed.
If you hate it, I request that you explain your dislike in this thread, but that you also be patient until I can get back to the Internet, make edits, etc.

I definitely like how it is now, with topics grouped by prefix, but still with sub-boards so that things like demisexuality and demiromanticism aren't stuffed in the same category. It's probably more than a little confusing for people who aren't well-versed in the lexicon, but that's what the glossary is for, right?

It is, however, a little intimidating to see all of the empty sub-forums. It gives me the strange feeling that I shouldn't post in them (which I know is irrational.) But I still think it's a sensible setup.

Kashchej wrote:I definitely like how it is now, with topics grouped by prefix, but still with sub-boards so that things like demisexuality and demiromanticism aren't stuffed in the same category. It's probably more than a little confusing for people who aren't well-versed in the lexicon, but that's what the glossary is for, right?

It is, however, a little intimidating to see all of the empty sub-forums. It gives me the strange feeling that I shouldn't post in them (which I know is irrational.) But I still think it's a sensible setup.

It might be irrational, but in my experience it is a common feeling, a lot of small boards just starting out with lots of forums and sub-forums tend to have the problem where nobody posts anywhere because everything looks really empty.

The main page looks fine as-is, but if it were up to me I'd probably remove practically all of the sub-forums until a need demonstrated itself for more, ESPECIALLY in the "General Discussion" and "Media" boards, where the need for separation isn't politically meaningful or related to identity. I feel as if a "we'll break things off as there is a need" approach makes more sense, as it will be easier to see activity at a glance and keep up with threads that way.

I could also see removing all of the "Defining/Explaining" subforums and replacing them with some kind of a "Theory" forum or something? I'd like to see all work towards definitions and stuff in a single place rather than spread between a bunch of different subforums since I think that sort of thing is important, but I dunno, that's just a random suggestion that isn't fully baked.

Article 1: Reshuffled; all 'defining' is now in its own board.
Article 1': Once I have web access again (about to head out), I'll sticky the glossary at the top of that sub-board. Yeah, it'll be in two places on the forum, but I think that's constructive, if anything.

Article 2: Again, once I have web access, I have a plan to "seed threads" into the subfora. Anybody else who feels like starting threads, even if they're not the weightiest topics in the world, I heartily invite them to do so.

Thanks, all, for your input! ^_^
As always, let me know if you see a necessary change to the current setup.
Seeya'!

Back, and I've copied the dictionary but also made the new version a slightly different animal from the original. Read either dictionary thread to know what I mean (too long to jabber here).