20 year old girl on the internet, queer, poly, demisexual, I think I'm demiromantic except I am really really really confused as to what the hell primary romantic attraction is. In two relationships, with my nonbinary fiance and androgynous/female beloved. Found this via signal boost reblog by demisexuality on tumblr. (I am also Shiyiya on tumblr. I am Shiyiya basically everywhere.) Um. Used to be a slightly median-y plural system that inexplicably integrated and I'm not terribly pleased about it. (Rys was in charge of the mad, Rys vanished, now *I* get irrational violent rage that leads to things like screaming and headbutting the fridge while putting away groceries because my mother bought duplicates of things we already had AGAIN. Funtimes! Ugh.)

Er, I am at a loss for further things to say, so!

(Also, I clicked on the chat room link and it says it's gone, sadface. I have a friend who runs a small IRC server, if that's useful information for anyone. I have a lovely channel on it, which I don't advertise anywhere that is publicly visible to the internet because people are shits.) 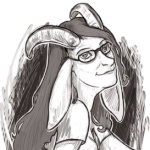 Welcome to the DG!

Yeah, our chat has been inactive for a few months; people have gone unavailable for awhile, so the chat kicked the bucket.

I will note/warn that I am.... kind of terrible at forums. But this seems like a worth endeavour!

No worries! You seem a worthy person to make such an endeavour.

Similar topics
» *waves at the forum*
» Just looking for a good forum to chill. :>
» Feedback, Suggestions, and Commentary on the forum setup