Should we lose, keep, or change the fleur as our logo?

In my opinion, since demisexuality is an orientation based on emotional connection, I think a heart-shaped logo would be appropriate. If changing the colours of the logo is a valid idea (not that I'm trying to disrespect the asexuality colours, by any means), perhaps the purple in the logo could be changed to red or pink? That's my idea, anyways.

I concur with rockerchick. As emotion is one of the things that sets us apart, we need to make this a central focus of our symbol. As a heart is a primary example of this, I think this might be a way to go.
Maybe instead of the black-white-gray triangle, we could have a heart with a larger portion of it grey. This is just an idea as a heart symbol has the basic structure of a triangle.

I also made another one. It's got the d again, but has the two sex symbols cut in half, to visually illustrate the "half" aspect. I don't like this one as much because it seems to imply that we're somewhat bisexual, when the person's body doesn't matter to us. 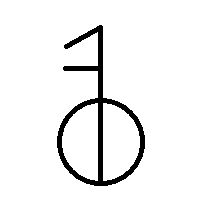 It's a nice idea, but it's leaning pretty heavily on the gender binary, too, and it is obscure enough to be mistaken for some kind of musical symbol.

Haha, that's true. Maybe like what enlightenmentachieved said, with the gradient triangle half instead of the sold black/white?

The triangle will always carry overtones of the Holocaust, however unintentionally, and as a matter of respect to those who suffered under the mark of an inverted triangle, Demi Grace will not in any way be utilizing it in our logo. Our apologies to those who like the triangle logo, but this is not negotiable.

Furthermore, while our site is unofficially affiliated with AVEN, we are not an offshoot of AVEN, so using a logo so similar to theirs would be additionally misleading.

So why not the heart in your icon without the anarchy-ish A?

The heart-A stands for Relationship Anarchy. The heart + Ace Flag notion is decent; how do others feel about it?

The fleur de lis doesn't really seem accurate in really explaining what it means. "In relation to Christianity, the Fleur-de-lis represents purity and can be associated with the Virgin Mary. It is sometimes used in relation to Gabriel and the Annunciation, where he declares that Mary will conceive and give birth to Jesus." (http://victoriaanne.hubpages.com/hub/The-Meaning-of-the-Fleur-de-Lis-Symbol). People may get confused and think demisexuals are people who abstain from sex because they're waiting and not for the actual reason. That's my problem with it. Unfortunately, I can't think of a symbol. Although, I do hear of some asexuals wearing those black rings- so grey As where gray rings?

As far as we can tell, aces, graces, and demis all have tended to just adopt black rings, or black rings with white or grey markings, to generally signify their inclusion in the ace spectrum. Shouldn't let it stop you if you want to wear grey, of course. We just haven't seen a grey-ring trend yet. Maybe you'll start one!

Has anything ever been decided on this? I'm a bit late to the game, I'm afraid. Anyway, before I vote, I have a quick question: Why was the fleur chosen to begin with?

The fleur with the ace spectrum flag colours had already been used a few times on other sites, not as logos, but just as recognizable icons, so it definitely had precedent in other branches of the community. We liked the fleur because it avoided hearts (suggestions of romantic orientation by default) and triangles (allusion to the Holocaust) entirely, but is iconically recognizable.

So far, nobody has proposed an alternative that the forum in general liked and found unproblematic, so the logo is what it is, until an alternative is selected by the collective. Consider this thread ongoing indefinitely.

Okay, why an umbrella?

Guest wrote:This might seem a bit odd... but my first reaction is:

What about a literal umbrella instead of the Fleur-de-lis?

(note: the above quoted Guest was an account I made to get this one to register correctly!)

Well, a lot of things I have read refer to demisexuals and/or grey-asexuals as umbrella terms that encompass everything between sexual and asexual (though demisexual is more specific). Also having an open umbrella would represent openness and acceptance which seemed appropriate as well, and would allow for the inclusion of supporters easily. It also implies that sometimes you have to "weather the storm", in this case those who don't understand that this is a real thing and try to be dismissive or disrespectful without even really understanding it.

I picture an umbrella, open and resting on one edge and the handle, with the Ace Spectrum flag superimposed on it just like you did with the Fleur-de-lis. 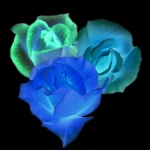 Anybody care to make a mock-up of the design, for a test run? 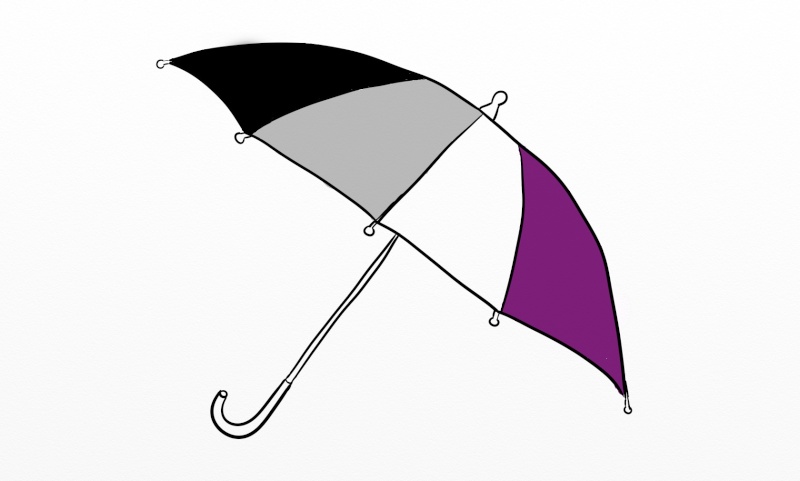 Something like this? I mean, probably more polished, but generally?

We like it! Anybody else care to weigh in?

I have a question. Why was the fleur picked to be a symbol of demisexuality/demiromanticism to begin with? I think the symbol should have some sort of significant meaning to it. I've never actually found out why it's the fleur de lis. For aces, it's easy to see the connection. Asexual = ace, ace card symbols. Perhaps if I know the reason, I would be able to vote properly.

The fleur with the ace spectrum flag predates this forum and was used by a couple small blogs by demi and grey-ace folk; the blogs don't appear to exist any longer, or I would link them here. When we constructed this place initially, we liked the aesthetic of the symbol - especially the avoidance of appropriating the triangle, avoidance of hearts, and so on, and so used it with the permission of those we saw using it before us. The symbol shows up already on a lot of "demi memorabilia," buttons and pins and the like.

It was less a case of the symbol having a clearly defined and explained "meaning," and more a case of it having been ubiquitous for a little while in a couple other places, and using it here to create something a bit community-cohesive behind it.

I read that the Fleur de Lys is the symbol of sexuality in Greece (Antic one I guess), in China it means innocence, abundance and purity.
It's also a symbol of chastity in christianism...

In Greece, it's actually the acanthus plant (which shows up quite a bit on Corinthian order pillar capitals in architecture), which has some cosmetic similarities to the Fleur and was probably seen as being 'related' symbologically, by this or that individual at some time.

Something like this? I mean, probably more polished, but generally?

I'm a traditional artist/illustrator and writer, and I've been grappling with ideas on how to visually represent the community for weeks (I've only realized that I fall on the spectrum several weeks ago). I don't like stripes because they are visually divisive and too similar to the Gay Pride flag. I thought about using a spade and swirling black, white, gray, and purple paint within its boundaries.

Recently I thought of the Rubik's cube, with the same colors on the squares. I don't know how or why the idea came to me, but I kind of like it, because I believe sexuality/asexuality is fluid and interchangeable (at least for me; I can't speak for everyone). Anyway, I'd like to hear your thoughts. I really don't like the current flag. It's aesthetically displeasing to me, and I know that I'm not alone in this sentiment.

Grayjim, could you do some picture/illustration for us to see ? I would me easier to see what you have in mind