Any other atheist demis out there?

Any other atheist demis out there?

While searching demisexuality on the internet, I have seen people who have falsely accused it of just being people following Christian ideas about sex. This obviously isn't true since: 1. I can't feel sexual attraction towards someone that I don't know very well; 2. I am an atheist and don't see the necessity in adhering to Christian sexuality rules. I was wondering if there were other atheist demis who have experienced this.

I'm actually agnostic, but I get where you're coming from. A lot of people seem to think it's a choice, not a sexuality in and of itself. 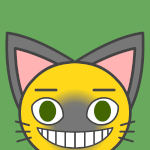 I'm kind of non-denominational spiritual...ish. Pretty much a collection of ideas which I think are either beautiful or consider to be resonant from all of the beleif systems I've come in contact with. But I am not good with rules (unless they're my own) or structured religion at all.

If someone told me I had to only have sex with someone I was in a relationship with (or have feelings for etc), the idea of them telling me what to do with my own body would repel me even though that is how I function, and I would argue why they are wrong to tell people how to act.

Just because I am incapable of doing a thing (sex with someone I have no strong emotional connection to) doesn't mean I need to make other people act the same as me.
I mean theoretically I have no issues with getting my funk on as an theologically independant, modern woman.I can think about it, plan it, get all excited and everything, say I'ma get laid tonight, It's just that I'm cold if it ever comes down to it, so I don't. What I think I can do and what I can actually do are often at odds. Much like how I think I can backflip until I try.

But I certainly don't go judging or shaming anyone who does go out and have sex. During my younger years I was actually kind of jealous of my friends who could just enjoy themselves and have a sweet time without either needing to be attached, or worse already being attached and making it super hurtful later.

Demisexulity is not a case of morals, it's just what you are. Like the difference between celibacy and asexuality. You can choose to be celibate for reasons of moral standing, but you can't choose to be asexual you just ARE.
Of course this is only my experience.

I am not an atheist, but I understand your confusion with people.

When I was researching demisexuality, I thought it was rather ridiculous that it was either praised or bashed as a moral choice. I'm a demisexual and have been my entire life. Being praised about it seems about as logical as being praised for being lactose-intolerant in my book.

Hmm. I think about this and note that you (OP) say "...people following Christian ideas about sex." Here are some questions which occur to me after reading that:

Does one have to be a Christian to subscribe (whether consciously or no) to Christian ideas about sex? It seems to me that the ideas or values to which one subscribes are not in all cases so much a matter of conscious choice as they are a result of one's upbringing and cultural surroundings.

What is a Christian idea of sex? One popular idea that I am familiar with involves marriage after sex, which is not--in my understanding--implied at all by "demisexual".

Also, I would consider myself an atheist and only recently began to entertain the label "demi-sexuality" since the descriptions I have read conform to my own occasional idea of my self.

and actually, when i was still a christian, i was still identifying as straight and later bi. it was after that that i became an atheist, and then a spiritual agnostic, and then accidentally tripped and fell face-first into heathenry. oops. i discovered demisexuality as an identity and realised how well it fit me somewhere between being a spiritual agnostic and a heathen, and i'm still demi even though i'm following a religious path that really...doesn't have many rules about sexuality at all, even if i don't follow said path terribly stringently.

i'm rather annoyed at the notion that demisexuality and celibacy are the same thing, which seems to be where a lot of these people are coming from. then again, i'm equally annoyed at the christian/atheist dichotomy more or less implied by op's post. ^^;

I used to be Christian, but that was all forced and pretentious, so really, I am an atheist, out of most of my family members who are Christian.. Simple as that. I can't just choose to believe in God if that was never who I was, in the first place, no matter how much my parents wanted me to be. Going to church always depressed me on the inside.. Even praying is a waste of time for me, that's why I don't even do that. It's just the way I am.